The Paradox of Loneliness in a Connected World 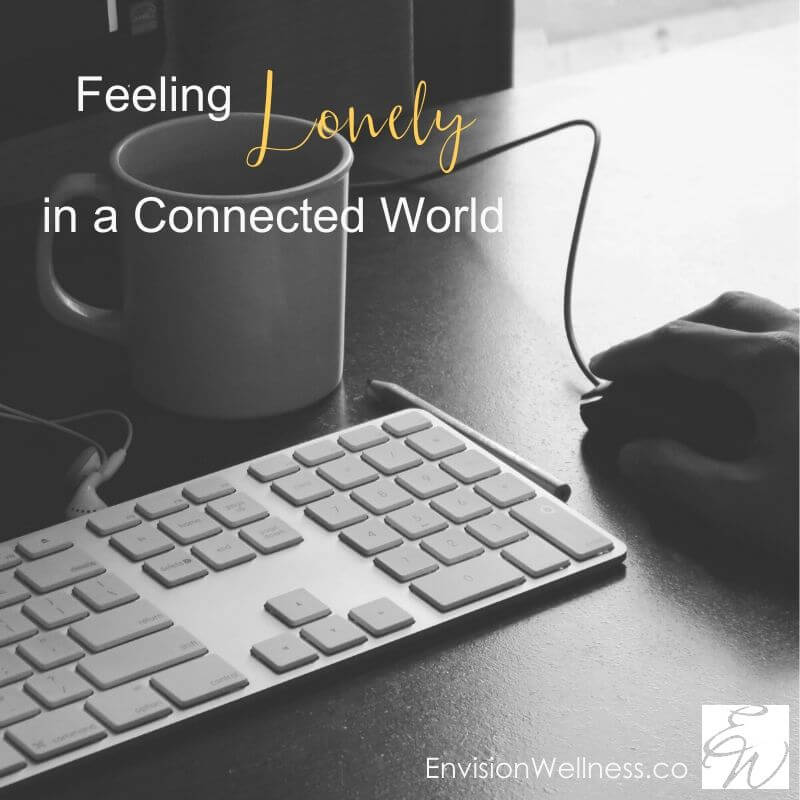 The idea that modern life in Miami is becoming increasingly lonely and isolated is almost a commonplace in today’s society. You hear people casually remark on it all the time as if it’s a self-evident fact that much everyone can look around and instantly agree with.

Why do we have these negative feelings so profoundly now? Is it our technology and electronic “connectedness”? Are they sabotaging us? Are they doing the exact opposite of what we want them to do, and actually just creating a false sense of “connection” that leaves us more emotionally stranded than ever?

Some people might answer “Yes, definitely, just look around!” while others might be a little more cautious, a little more willing to admit that technological connectedness does have its benefits and fun sides even while it may have its drawbacks, so it probably isn’t all to blame. But what do experts who have studied these kinds of connections have to say?

In March of this year, NPR’s Katherine Hobson reported on a study out of the University of Pittsburgh that showed a connection between heavy social media use and loneliness for Americans aged 19-32.

This study makes it sound like social media usage is definitely the culprit behind loneliness for millennials in Miami, but the authors of the study are clear about the fact that they can’t say that for sure. The connection between the two might go the other way around: people who are already lonely, in other words, might go to social media more often. We can say there’s a connection, but we can’t say for sure where the causation lies.

Actually, other studies have found that the way one uses social media affects the feelings one associate with it. Passive usage – characterized by just endlessly scrolling and scrolling through your feed – is correlated with higher rates of negative feelings, whereas active usage – characterized by logging on particularly to interact with someone or post something – is correlated with lower rates of negative feelings.

A Forbes article by Caroline Beaton from February of this year, however, posits another possible reason that loneliness is such a problem in the modern age: apparently, feeling lonely can be contagious. Beaton explains the findings of a 2009 study:

“Lonely people are less able to pick up on positive social stimuli, like others’ attention and commitment signals, so they withdraw prematurely – in many cases before they’re actually socially isolated. Their inexplicable withdrawal may, in turn, make their close connections feel lonely too. Lonely people also tend to act ‘in a less trusting and more hostile fashion,’ which may further sever social ties and impart loneliness to others.”

So, in other words, when you’re lonely, you put out a sort of lonely negative energy to others. You’re not as receptive to any positive emotions that they’re putting out towards you; you’re less likely to trust that they’re trying to be kind to you. When you withdraw from others for no clear reason, obviously that’s not something that’s encouraging and uplifting to them, so their mood becomes subtly impacted as well. Thus, loneliness can get passed on and on like a disease.

Since we all know loneliness is often correlated with depression, and depression can have very serious consequences and be difficult to overcome, hearing about the ways that loneliness might be caused or made worse can sound kind of scary. It’s hard to avoid social media and other people who might be lonely, after all. But you don’t have to just wait for loneliness to attack you; there are deliberate steps you can take to ward off the negative feelings of loneliness. Writing for Psychology Today, Dr. Emma M. Seppala has some suggestions:

Feel the loneliness.  Don’t run away from it.

It’s extremely common to have a natural impulse to run away from your feelings rather than really experiencing them. Opening yourself up to negative emotions might sound not just hard, but even foolish – won’t you just get swallowed up in them, you might wonder? But Dr. Seppala explains it’s actually just the opposite. When you try to distract yourself from negative emotions, they just fester. She says, “Children often give free reign to their emotions. Though this may seem immature to adults, children also get over negative emotions extremely quickly and are able to move on to the next thing as if nothing had happened. Adults, in an attempt to bury and control their emotions often carry them with them for years. Allowing the emotion to arise and giving it our full attention may be a key to letting it go.”

So, the next time you feel an attack of loneliness coming on, try not to escape into social media, or even into activities that might seem healthier and more productive, like work or exercise. Instead, actually allow yourself the experience of feeling them. That way, you give yourself the opportunity to move past them.

In order to process your feelings, you need to be able to notice them. Furthermore, allowing yourself to not be distracted can help stimulate mental activity that has the potential to excite you and cheer you up. In her new book, Bored and Brilliant: how spacing out can unlock your most productive and creative self, Manoush Zomorodi explains that when you “space out,” your mind is forced to entertain itself, so it starts making connections and associations it wouldn’t make if you distracted it with some other stimulus. Have you ever heard someone say they have their best ideas in the shower? That’s because of Zomorodi’s point: when the mind is forced to entertain itself, it can get to some pretty creative ideas.

The act of service automatically shifts your perspective from yourself to a bigger picture, which is an almost instant remedy for loneliness. And it usually literally connects you to others, because there are few kinds of service activities that you can do all by yourself in the comfort of your own home.

Keep in mind that depression is a very real and brain-related problem, and if you suffer from it then simple fixes like these will probably not be all that you need to start feeling relief from feelings of loneliness, and you should absolutely seek out things like therapy and, possibly, medication so that you can get the help you need. But if you are one of the millions of people today who don’t have clinical depression but nevertheless just feels more lonely than you used to, even when surrounded by people, then tips like these might be just what you need to start changing that.

If you feel lonely and want to talk more about how loneliness is affectng your life, you can call (305) 501-0133 or click here to schedule a free 20-minute Clarity Consult.  We will be glad to help you figure out your next step to feel more connected with the world around you.