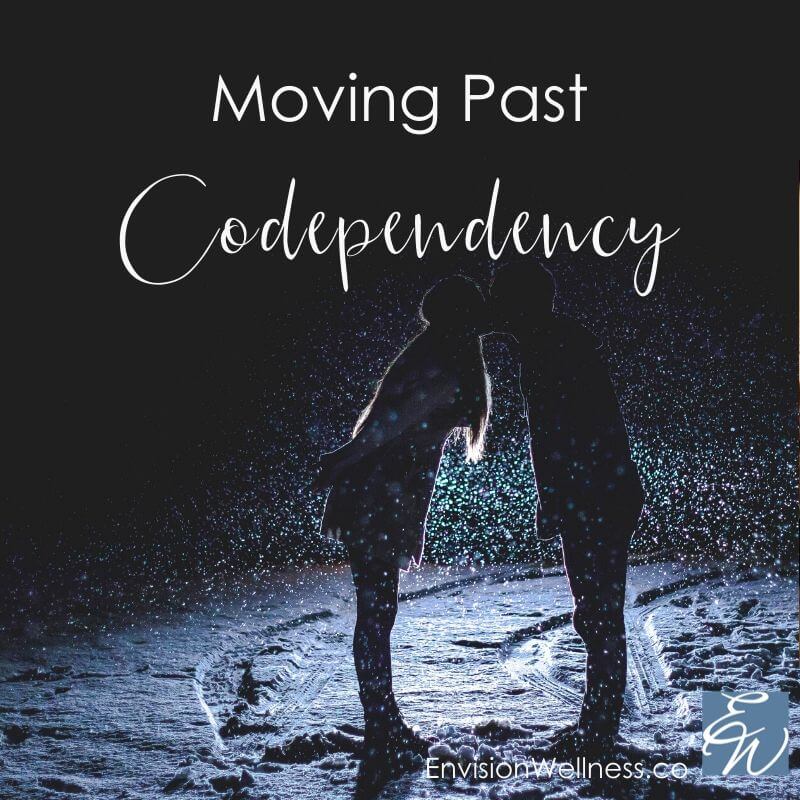 [Codependency] is a relationship problem; however, the relationship that’s the problem is not with someone else — it’s the one with yourself.

In this previous post, we looked at what codependency is, where it can come from, and what it usually looks like in action. Now, we’ll look at what you can do about codependency if you recognize yourself in that description.

While researching for a book on daughters of divorced families, therapist Terry Gaspard found that “The vast majority of the more than 300 women that I interviewed described themselves as independent, steadfast, loyal and conscientious. They often feel self-assured and autonomous — confident they can take care of themselves while others can’t.” Gaspard isn’t trying to say that all daughters of divorce are codependents, but these feelings are common for codependent people; they compare themselves to the person they’re in a codependent relationship and think that they have it all together in comparison. This may be true in a superficial sense, but if you seek out relationships with “problem people” just so you can save them, then you are not as self-reliant as you think; you need their helplessness as much as they need your help. Owning up to this is the first step.

As described in the previous codependency post, codependent people very, often developed their relationship patterns because of childhood family dysfunction. Codependents have a lot of practice at putting their own emotions on the back burner to pay attention to the feelings of others, but getting to the bottom of where your codependency started is a vital step to helping yourself notice where in your life you’re practicing those harmful patterns.

You might be thinking, “I can’t just leave my parent/friend/S.O./etc. behind though… they wouldn’t survive if I just dropped them from my life!” Detaching doesn’t mean you have to totally sever ties with that person, though. It means that you stop behaviors that allow that person to not take responsibility for themselves.

Jason T. Li, Ph.D., gives some helpful examples: “This may mean staying out of the way as an alcoholic spouse or friend loses his job. It may mean getting a separate bank account and letting your mate suffer the consequences of his or her financial irresponsibility. And it may mean saying no when you are asked to take on one more responsibility at your church or your children’s school.” Taking steps like these don’t always have to mean cutting that person out of your life, but does always mean that you’ll stop holding both them and yourself back from developing as a person.

#3 explained the idea of saying “no” when you need to practice breaking your codependent patterns, but sometimes saying “yes” is just as important for breaking those patterns. Codependents commonly have trouble accepting help because they want to be the ones in control. Saying “yes” to help, though, and realizing that you’re not a savior or a superman with all the answers, is just as important for recovery as saying “no” to those who try to take advantage of you.

Once you’ve started the process of emotional maturation and are working at breaking your harmful patterns, it’s important to take one of the biggest steps forward that a codependent can take: seeking out relationships – friendships, work environments, S.O.s – with emotionally healthy people. Sure, you probably won’t find someone who’s got a completely clean emotional bill of health because…well, no one really has that. But you can tell the difference between someone who’s another “project” for you to save and someone who won’t feed into that unhealthy need.

Did you know there’s an international organization that uses the famous 12 steps for codependent relationships? Check out their website, find a meeting near you, and consider going. Also, keep in mind Melody Beattie’s reminder that even more, specific support groups exist as well: “There are support groups for people with almost every problem we can name and the people who love and take care of them. We even have Double Winner groups now, where people can work on addiction and codependency issues at the same meeting. We have Twelve-Step groups for people affected by many addictions from gambling to Debtors Anonymous to love and sex addiction.”

There are a lot of books and online resources you can use to start yourself on the path to recovery. In addition to online versions of the support groups mentioned above, you can check out books like Beattie’s The New Codependency, which revamps her original landmark book Codependent No More (published in 1986) for the millennial generation. The whole book is helpful, but as a start, you might check out the checklists she has in the back to assess your level of emotional health. Pia Mellody and Andrea Wells Miller also have a workbook called Breaking Free that’s meant to be paired with their other book, Facing Codependence. The workbook helps readers find the roots of their codependency, use the 12 steps to heal from it, and practice exercises that lead to meaningful recovery.

Remember that these 7 things aren’t meant to be a step-by-step process where you finish one item and then move on to the next. Recovery will involve practicing many of them simultaneously, and some of the things on this list are changes that you will have to keep practicing continuously for the long haul. With support from friends, family, fellow recovering codependents and/or a therapist, though, recovery is well within your reach!

If you want to talk more about the struggle of co-dependence in your life, You can call us at (305) 501-0133 or click here to schedule a free 20-minute Clarity Consult .

The Power of Positive Self-Talk
Scroll to top