Symptoms of Perfectionism: How to Recognize That It’s Going Too Far 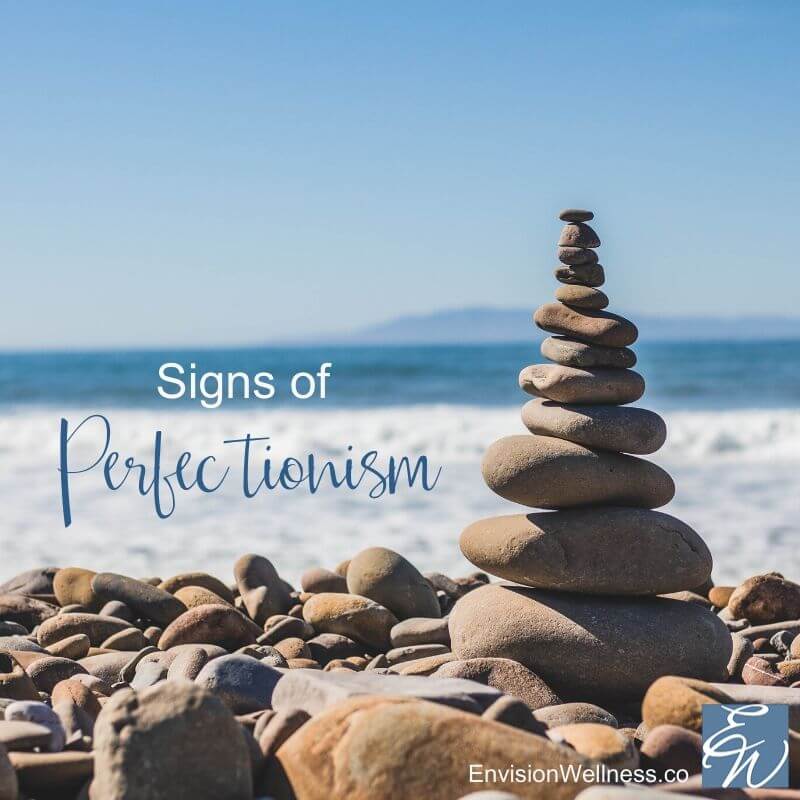 If you grew up in the 90s, then Friends’ Monica Geller may have been your first touchstone for what perfectionism looks like. Between her need to keep everything clean at all times, her need to be in charge in all circumstances, and her need to win at all costs, Monica was a classic case of perfectionism in action. She kept her “guest towels” separate from her “fancy guest towels,” and she wore a headset to coordinate a wedding before Bluetooth was a thing.

Too often, people think that perfectionists are go-getters and slackers are procrastinators, but the truth is that perfectionists can be some of the biggest procrastinators of all. Their anxiety about completing a task perfectly leads them to keep putting it off, and sometimes to just avoid it completely. As Eileen Bailey writes for Health Central, “If you get to a meeting late, you don’t go in. If you don’t think your report is perfect, you don’t bother handing it in. If you can’t do it perfectly, you don’t bother wasting your time trying.”

The avoidance tactic mentioned in #1 can also carry over into the social sphere. Perfectionists might turn down invitations to do things – even things that seem carefree and fun to others, like a casual afternoon of sports or games – if they think they won’t be good at the activity. The prospect of looking stupid or inept is often worse to a perfectionist than the prospect of missing out on a fun time. For a perfectionist who also experiences strong social anxiety, even an invitation to go out and just chat over drinks can seem like an opportunity to mess up or look stupid.

Perfectionism and punctuality aren’t always correlated, but often are. To the perfectionist, failure to be able to show up when they said they would can feel like a failure, like an admission that they didn’t have it together enough to get to where they were going on time. This particular symptom might not be quite so prevalent in Miami, but if you’re one of the many transplants here from another part of the country, you might still feel the punctuality pressure.

Perfectionists usually take praise with a grain of salt, or, more accurately, with way too many grains of salt. If a superior says, “Good work,” all they hear is, “not great work or excellent work.” If a superior says their work was “satisfactory,” they hear “failure” because the work wasn’t “exceptional.” Any praise that’s not in superlative terms feels like an admonishment.

If a perfectionist is using a recipe that says the veggies need to cook for 15 minutes, it will bother them if the veggies get cooked 13 minutes or 17 minutes. Providing an example of this type of thinking in her Psychology Today article, Alice Boyes, Ph.D., writes, “You always do 100 sit-ups, but your spouse interrupts you and messes up your count. You start counting from the beginning again because you want to be precise.” Directions are there for a reason to a perfectionist, and deviating from them might result in a less perfect end product.

You can be a bit of a hoarder.

Again, like punctuality, most people don’t necessarily associate hoarding with perfectionism. While the two are not always correlated, some people keep things out of an irrational belief that they’ll need them someday in order to excel at a project. A perfect example would be a student who takes a course that’s not particularly relevant to her field but nevertheless keeps her huge folder of notes “just in case” she’ll need the information someday.

Remember, this isn’t a checklist where you need to see yourself in all 6 of these signs in order to qualify as a perfectionist. If you feel that perfectionism is something you struggle with in life, you should talk to a therapist sooner rather than later, especially as some forms of perfectionism have a high correlation with anxiety, depression, stress, eating disorders, relationship problems, and even suicide risk.  But the good news is that many forms of therapy have proven helpful in treating perfectionism, so there’s absolutely hope for you to break free from the devastating and impossible desire to live your life perfectly.

If you’re interested in relief from the symptoms of perfectionism but don’t have time for or feel like you need therapy, then you may benefit from our latest online workshop, Daring Greatly™. In it, you’ll learn all about perfctionism and steps you can take to free yourself from it.

Jealousy and Possessiveness Are Ruining Your Relationships

Heal After a Breakup Miami
Scroll to top