What are Attachment Styles? 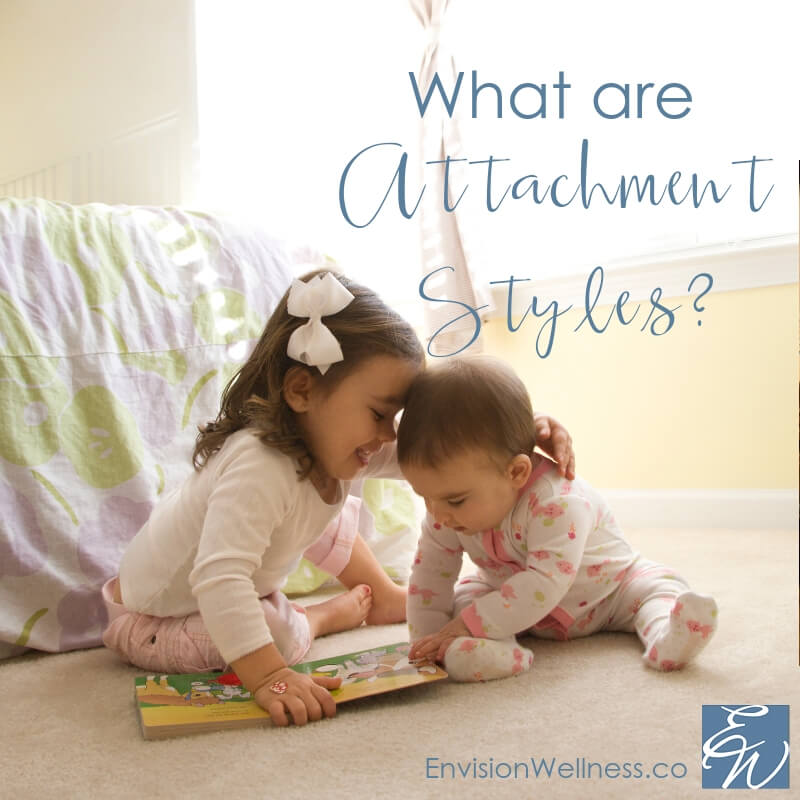 Have you ever taken the Myers-Briggs personality type quiz (the one that gives you a personality readout with four letters, like “INFJ” or “ENFP”) and had the almost eerie sensation when reading your results that the quiz-maker was describing you perfectly? You just might have the same sensation when figuring out your attachment style. Whether or not you’ve ever heard of attachment styles before, you have one, and it might be influencing your relationships more than you realize.

What are attachment styles?

The theory of attachment styles started with a British psychoanalyst named John Bowlby, but Bowlby’s work primarily involved infants and their caregivers. He wanted to find out more about what happens, psychologically, to infants who are separated from their caregivers and therefore don’t form secure attachments.
What he found out isn’t exactly surprising: infants who perceive caregivers to be “nearby, accessible, and attentive,” according to R. Chris Fraley, tend to feel loved, confident, and comfortable playing/interacting with others. Infants who don’t perceive their caregiver to be those things, though, will go to great lengths to get the caregiver’s attention and will experience “profound despair and depression” if they don’t.

Your attachment style continues into adulthood.

Cindy Hazan and Phillip R. Shaver expanded Bowlby’s research to adult relationships in the late 80s. They found that adults, too, have specific ways that they think about relationships and behave while in relationships, which can be described as their “attachment style.” Many psychologists have now done research on attachment styles and most agree that there are 4 types:

We’ll explore each of these types individually in a series of upcoming posts but for now, the point is that “secure” is the only emotionally healthy style. Researchers also agree that there’s a huge amount of variety in each of these types, so, not all people with “anxious-preoccupied” attachments, for instance, are the same; one person might be a rather severe version, while another person might have only a little work to do to get to secure attachment.

How is my attachment style affecting my relationships?

Again, we’ll get into each individual style in later posts, but there are some ways that any insecure attachment style will negatively affect a relationship:

I think I have an insecure attachment. What can I do about it?

Good news: with some deliberate work put into it, you can change your attachment style for the better!

First, Lisa Firestone recommends creating a “coherent narrative” of your past. In other words, think about what happened to you in your past to create the attachment style that you have now; think of it as the story of your attachment. Go so far as to actually write it down; no one has to see it but you. Telling yourself this story and writing it down will help increase your awareness of your own attachment style so that you can start working on changing it instead of letting it control you from behind the scenes of your subconscious.

Second, it’s often good for an insecure attacher to be in a relationship with a secure attachment. The secure attacher can help them see how their fears are unjustified. This isn’t foolproof; relationships aren’t guaranteed to be successful just because one party is a secure attacher. But there is a better chance for healthy emotions to flourish if at least one person doesn’t have patterns of emotional hangups.

We’ll get into more details of what you can do about insecure attachment in upcoming posts, but for now, if you’re interested in learning more about attachment styles, then you can do 2 things:

If you think you or your partner has an insecure attachment style and you’d like to talk more about changing that, you can call us at (305) 501-0133 or click here to schedule a free 20-minute Clarity Consult .

How to Sleep Better

6 Ways to Deal with the “Millennial” Label
Scroll to top