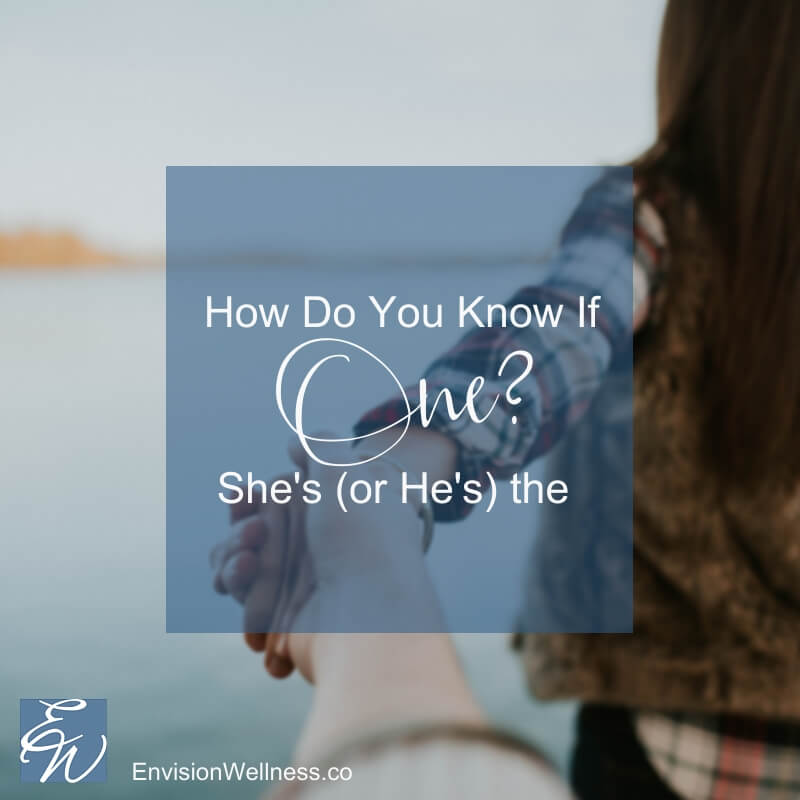 As a psychologist and dating coach, this is a question that I get asked often by male clients, and the guy that asked it last week was no exception.  As weeks of dating turn into months, guys often hesitate to seal the deal and become exclusive with a girl.  “Should I stay with this one or keep looking?” they wonder in session.  They want to know if she’s the right one or if there’s someone else out there better suited to them.

Are we or aren’t we a couple?

Instead of having a conversation to answer that question, guys tend to avoid it altogether because they have no clue what to do.  They bail if a girl presses the issue to get clarity, only to rationalize their fearful and avoidant response by saying she was ‘too pushy’.  They get right back to fishing in the dating pool, only to repeat the same pattern with the next girl.

That’s what dating in Miami is like, in a (coco)nut shell.

The short answer is that you don’t know (and likely won’t know) if she’s the right one for you in the early weeks or months of a new relationship.  You’d have to choose to stick around with this one to find out.  Most of the guys I work with really hate that answer.  Here’s why.

Too many choices = A lot of anxiety

If you’ve ever stared blankly a grocery aisle with 50 varieties of the same product, you know what I’m talking about.  Either you grabbed the easiest to understand or you walked away.  A study in 2000 by researchers at Columbia and Stanford showed that the more choices people had, the less they were motivated to make a decision.  This holds true for guys dating in Miami, where college-educated millennial women outnumber college-educated millennial men 6 to 1.  But when it comes to love, no one wants to settle for the lowest common denominator.  Instead, they chose to not make a choice.

Fear of being taken advantage of

Miami’s a big city, but it can be a small town when it comes to gossip.  Everyone’s heard of some variation of the girl that made some well-meaning guy fall in love with her and took him and his bank account for a ride at the Shops of Bal Harbour.  (It might’ve even been you.)

It’s fair to assume that a single, educated guy with his own place in Brickell, Coral Gables, and other surrounding neighborhoods is doing pretty well, financially speaking.  As a result, these guys also have a target on their backs.  They know it, and it scares the shit out of them.  Even the biggest player wants to be liked for himself, not his bottom line.

Fear of being vulnerable and getting hurt

Men are sensitive underneath their sometimes tough or coy exteriors.  You blame it on how our culture socializes them as little boys.  It takes a lot of effort to put down those walls.  To them, letting someone into their inner world of thoughts and feelings is akin to being naked on a public street.  They wonder things like:

Like most millennials, these guys are also afraid of failure.  They grew up in a high pressure, high stakes world where failure was a sign of weakness.  Millennials are also the first generation to experience the results of widespread parental divorce.  Put those two things together, and you have a generation of young professionals afraid of picking the wrong life partner, getting divorced, time-sharing and co-parenting their children from afar.  They don’t want to suffer the same fate as their parents.

Does this happen to women, too?

Yes and no.  While guys use the titular question to decide whether to keep dating a girl early in the relationship, women ask this question later to discern if a man is someone they see themselves getting engaged to or marrying.  If a woman’s wondering whether he’s the right one early days into dating, that’s not a good sign (and another blog post).

We hope this helped shed some light on the secret world of guys and dating. Feel free to call at (305) 501-0133 or click here to schedule a free 20-minute Clarity Consult if you could use some help with matters of the heart.  Helping you fall in love with your love life is our superpower.

The Truth About How I Love Giving Back
Scroll to top